Summertime won’t have it’s full meaning without the festivals.In my place ,a Mikoshi Festival is being celebrated every year with thousand’s of spectators around Japan and foreigners also.According  to Wikipedia ,a Mikoshi is a divine palanquin (often improperly translated as portable Shinto shrine). Shinto followers believe that it serves as the vehicle to transport a deity in Japan while moving between main shrine and temporary shrine during a festival or when moving to a new shrine. Often, the mikoshi resembles a miniature building, with pillars, walls, a roof, a veranda and a railing. Typical shapes are rectangles, hexagons, and octagons. The body, which stands on two or four poles (for carrying), is usually lavishly decorated, and the roof might hold a carving of a phoenix.
During a matsuri, or Japanese festival, people bear a mikoshi on their shoulders by means of the two or four poles. They bring the mikoshi from the shrine, carry it around the neighborhoods that worship at the shrine, and in many cases leave it in a designated area, resting on blocks, for a time before returning it to the shrine. Some shrines have the custom of dipping the mikoshi in the water of a nearby lake, river or ocean. At certain festivals, the people who bear the mikoshi wave it wildly from side to side.

What I enjoyed most was the parade of yataiis(Food stands)along the busy streets.The smiles of people,young and old alike while having their stroll together with their families  was contagious.I love the feeling of munching around a piece of karaage(fried chicken)while walking along the busy streets.It was a very nice sight and a very lively scene even the catastrophes the country had endured few months ago. 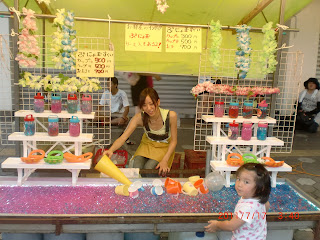 A pretty japanese lady with her kiddie game booth,where children flocked and played 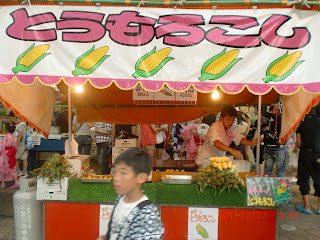 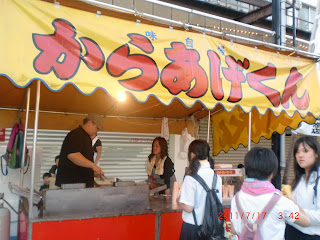 A tomourokoshi (Coil Grilled Corn)on the far right with fresh corn piling ready to be cooked. 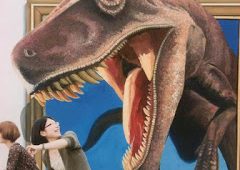