The drive to Tanigumi Temple was smooth and fun! My friend “Espher” and her husband (who took the video and narrated it all the way to the temple) , made it all possible. Thanks so much “Kimura San”  They made an effort to show us the place. It was a very light drive with my friend on the wheels. Thanks, heaps bruu!!

We had an excellent time together!

First of our adventures with you guys, and counting!!

First-time in this enchanting temple, Tanigumi. Haven’t heard it until my friend Espher and husband told the legend or the story behind the temple and its significance to the pilgrims.

Actually, this is from their story, just putting it into writing.

According to my research and the story told by my friends here, Tanigumi is the last stop of the 33 temples to be visited (a Buddhist practice) and once these 33 temples have been visited by the pilgrims, they are given a diary and are stamped once a pilgrim completes the visit. 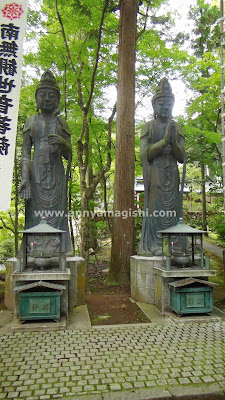 According to the Japanese Buddhist Federation”Honen “was dissatisfied with the way Buddhism was practiced and searched the Chinese scriptures for something more accessible. He found it in this passage by the Chinese monk, Shandao (source scmorgan(dot)com)
The 33 temples including Tanigumi are dedicated to Kannon (Japanese name for Bodhisattva, which corresponds to God of Mercy).

Pilgrims who have been doing this since the 11th century visit the temples in order. And according to my friend, it has been said that once a pilgrim completed visiting the 33 temples, one is cleansed and will have salvation at the time of death. (information courtesy of Mr.Kimura Yoshiro)


Unlike other temples in Japan which are renewed every seven years, Tanigumi still looks and resonates with the ancient history of the place which goes back some 1200 years back.

Couples who want children also came to ask for a child. Other
supplications, illnesses, money matters, and business even are mostly the pilgrim’s reasons for visiting Tanigumi. Espher also mentions the magnificent view of the temple during autumn and spring. 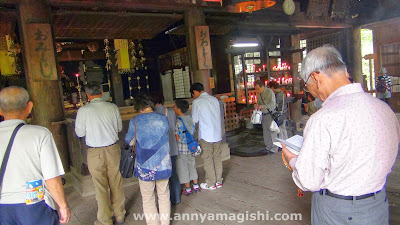 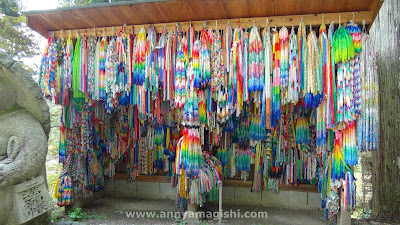 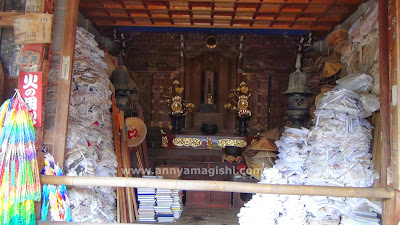