Adventure World in Wakayama Prefecture carries out research and breeding of the species in critical danger of extinction and the breeding and preservation research program has been bearing fruit steadily in an ideal environment according to the research team. The Panda Bears were transported from auspices of the Japanese branch of Chengdu Research base of Giant Panda Breeding in China.
Seeing Giant Panda again was overwhelming for our little boy. We were here five years ago and my boy doesn’t had that much interest. Panda Bears was also at a cage being cared at and not that big as they are now. They have grown since the last time we saw them.

(Video was taken 2010,Panda still inside the cage)

It was winter so we had thick jackets but the trip was enjoyable. At the entrance we were greeted by a tiny polar bear and was very cute. We decided to have lunch before we see the park/zoo and was giggling upon seeing the food we ordered. Here is why? 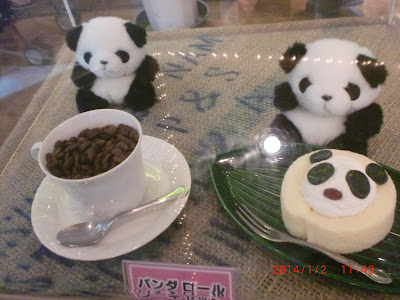 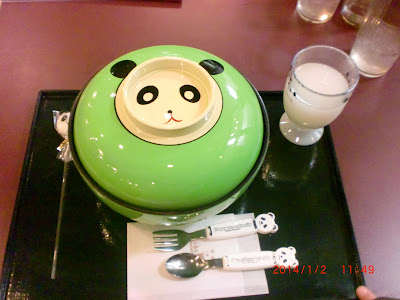 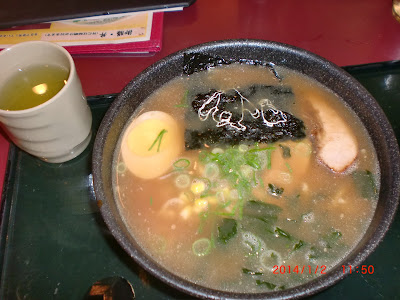 And oh it was delicious, specially the Ramen.
After the filling lunch we headed to see Giant Panda Bears! And we found him having his “siesta“.

The other one we caught scratching his bottom on top of the wooden slide they made just for them! We wonder how long he had that itchy thing downthere hehehe 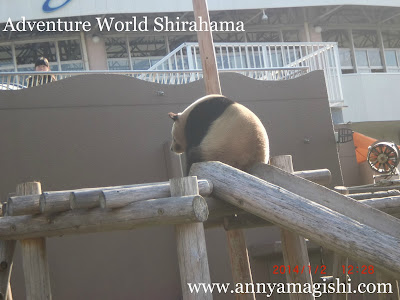 I overheard some of the onlookers who had witness the “scratching”part and said”they (caretakers) should clean or give him shampoo some time!” Which we turn to agree and pity the animal but overall they seemed to be well. After the scratching part he was in his playful self again.
The next thing we headed was the SAFARI! We are about to ride into the bus and see different kinds of animals in that sanctuary. Chimpanzees, zebra, lion, tiger, cheetahs are amongst the endangered animals being preserved here.
Another thing that took our interest was the baby Polar Bear. She is so tiny and oh so cute laying there with his head turned. 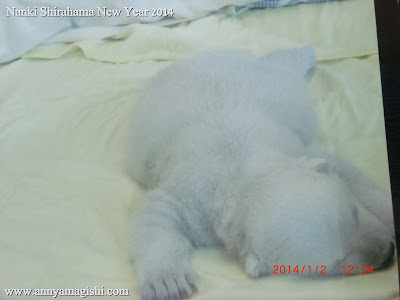 And then here is Mr.Hippy, the hippopotamus! We had so much fun interacting with his “huuugeness” And he was awesome! You should experience how it is to be near him! I was like “Oh ,Lord how can you make him this big?” Awesome feeling! 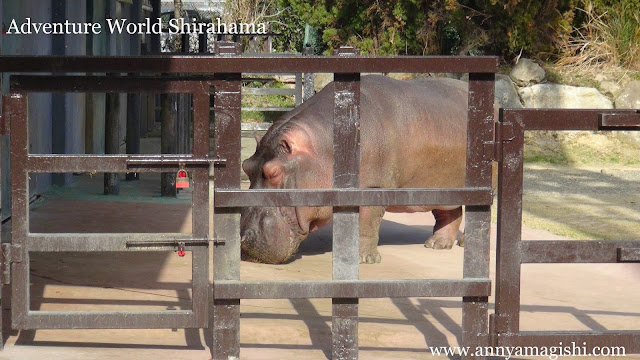 We participated in feeding the animals.You can buy their food inside and interact with them. It was such a lovely day for us. 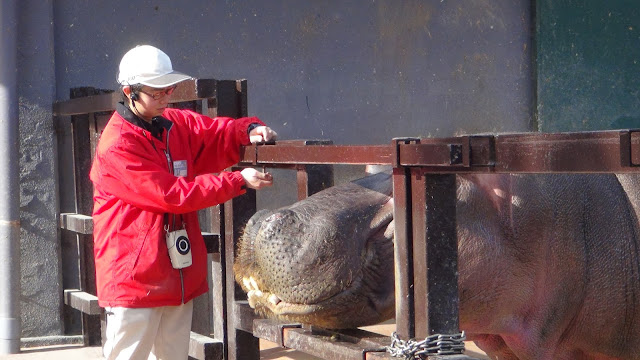 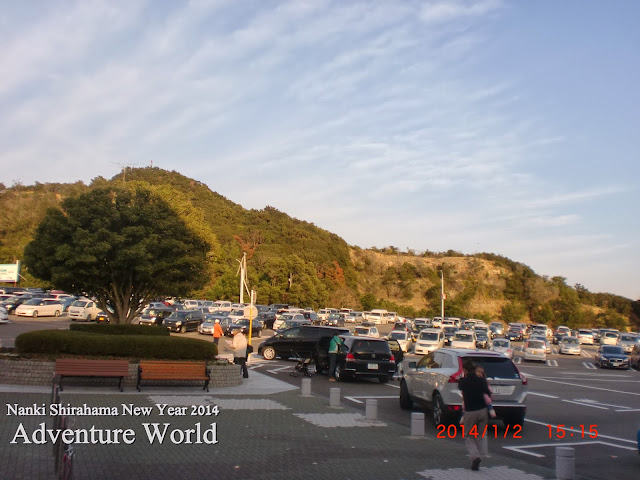