A typical Japanese home  represents the television series (the little Maruko) Chibi Maruko Chan ちびまる子ちゃん illustrated by Momoko Sakura, the long running family animation shojo manga with the idea of how a Japanese family with a child spends time and the family culture that starts at home. Every Sunday, Chibi Maruko is aired and is a wholesome series that depicts the culture of Japanese home and how a Japanese child is raised. The joy of family and the adventures of Momoko Sakura with the whole family in a homey atmosphere and how happiness could be achieved by being and dealing with simple things in life. The setting is 1974 in a suburban Japan. A nostalgic setting that made an impact with the authors honest and thoughtful life  that made it popular among wider audience. (credits Wikipedia) 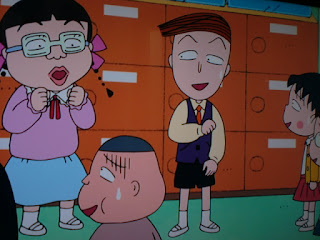 Along with Chibi Maruko Chan back to back is Sazae San ”サザエさん” considered the longest running manga animation in Japan that started in April 22 1946. The story revolves around Sazae San which is considered liberated during the time of the plot which was after World War 2. The plot of the story usually making her the bossy type, and bossing around her husband and the household which in those times considered not appropriate by her neighbors who believed that the man should be the head of the household. (credits Wikipedia) 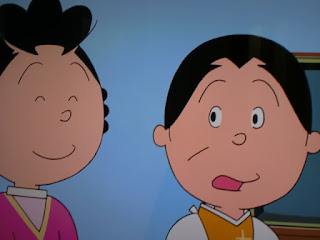 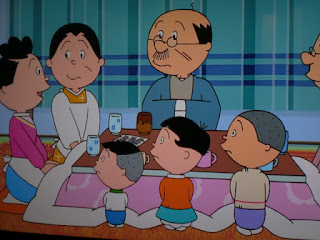 Whichever, these two mangas completed our Sundays and just watching these our happiness are made complete.